Contact Lenses and Blue Light - its effect on the eyes

Blue Light and its effect on the eyes 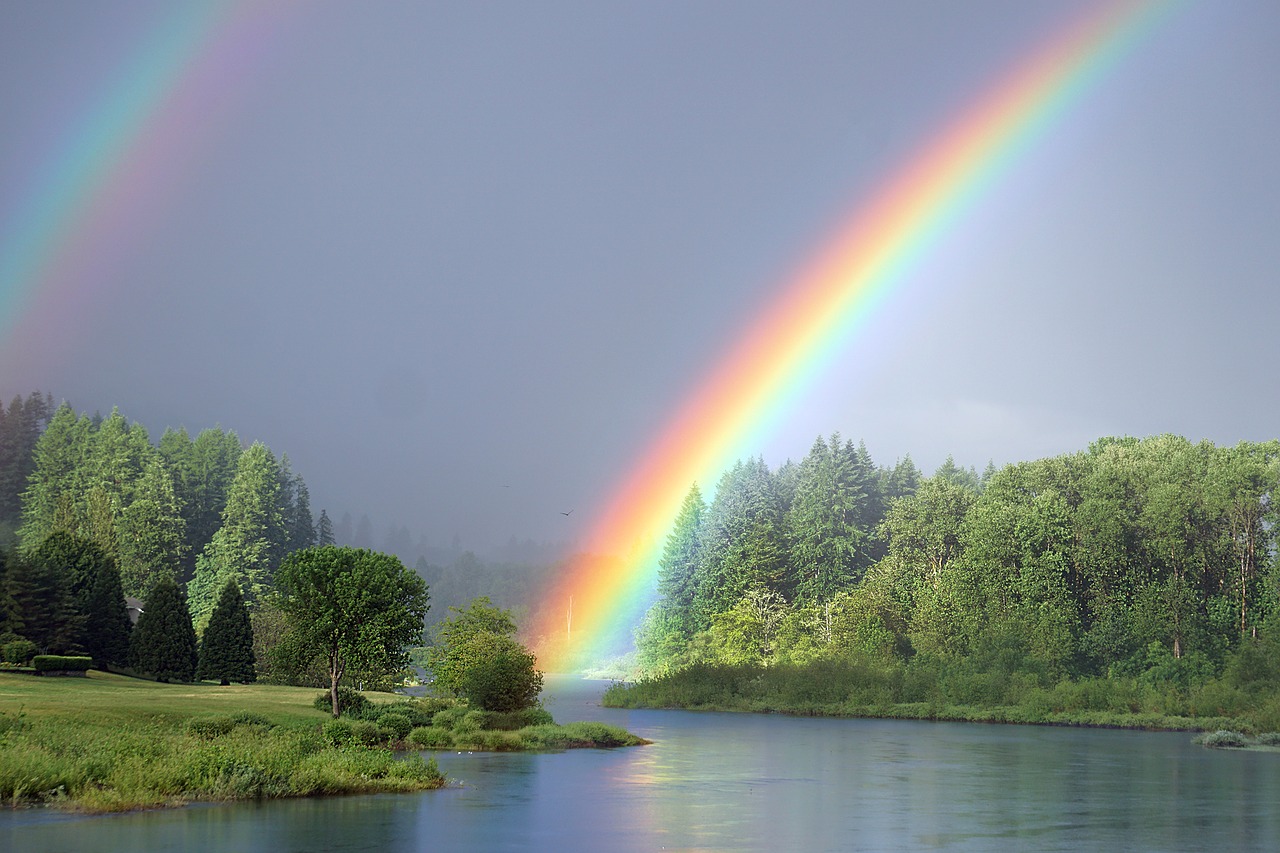 Blue light is a perfectly normal and natural spectrum of light that is found in sunlight.

Light ranges from 400 to 700 billionths of a meter (nanometer, nm) 400nm being violet to 700nm being red. When combined the individual spectrums of light creates "white light" or sunlight.

Sunlight consists of a range of coloured light including red, orange, yellow, green, blue, indigo and violet - when we see a rainbow we are seeing the light rays from the sun refracted through  rain drops and splitting the light spectrums, similar to seeing light through a prism.

The useful range for colour vision in humans is approximately 450 to 650 nm. Visible blue light has a wavelength between 400−525 nm,

Blue lights has its benefits and draw back, it will depend on how much exposure to blue light you have over how long a time - we are talking years here.

Humans and animals have been exposed to blue light since the dawn of time, we have all felt the positive benefits of the sun on our mood or state of mind, however in more recent years the levels of our exposure to blue light has risen due to the introduction of LED's (Light emitting diodes) and our increasing use of devises such as laptops, mobile phones and e-readers

The Canadian Association of Optometrists (OPTO) state "Evidence suggests that exposure to blue light in the 470 - 490nm wavelength range (lower energy) is less damaging to the eye than blue light in the 400 - 470nm wavelength range (higher energy) and essential for maintaining a healthy circadian rhythm.  Development of LEDs with a peak emission in the safer range may represent an important advancement for ocular health.


The International Commission on Non-Ionizing Radiation Protection (ICNIRP) provided guideline levels of blue light exposure where they considered health risks to be unlikely.


Thus, clinicians may conclude that the magnitude of exposure from digital devices does not approach dangerous levels.


When speaking for opticianonline Dr Shelby Temple senior research associate at Bristol University said "To be exposed to that same amount of dangerous high energy protons during a 20 minute walk or drive to work, you would need to spend 133 hours looking at your phone or computer screen continuously." 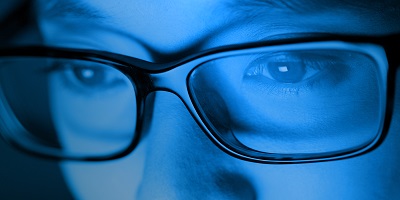 Humans and animals alike rely on light from the sun to tell us when to wake up and when to go to sleep, by interrupting the natural amount of light the body receives will alter our sleep pattern.

It's not just LEDs that can effect sleep patterns, for many years healthcare professionals have been aware that people exposed to too little light can find their health compromised. Night shift workers can suffer from increased sugar level, raised blood pressure, heart disease and obesity.

Our natural Circadian rhythm is altered by the amount of artificial light all around us, our circadian rhythm effects our sleep-wake cycle, during daylight our body clock sends signals to the brain to keep us awake and alert, as the light falls at dusk our body clock initiates production of the hormone melatonin to prepare us for and then keep us asleep.

Interestingly circadian rhythm comes from the Latin "circa diem,” which means “around a day.”

With the increasing introduction of LED's in lighting and in most modern tech our exposure to blue light does not diminish as the sun goes down so our bodies are not encouraged to produce the desired amounts of melatonin and this can effect our sleeping patterns. This can be great if you need to stay up late studying or partying but not so good if you have that important exam or interview early the following morning.

According to a recently published study, using just an e-reader at night before sleeping while in bed induces circadian phase delay and melatonin suppression, this alters sleep quality, and reduces cognitive performance in the morning.

Whilst a late night here or there may make you feel tired and possibly not perform at your best it won't have any lasting effects on your health. However several sleepless nights can seriously effect your health, you can suffer brain fog, lose concentration and possible make bad decisions, if sleep deprivation continues you can begin to feel depressed and the risk of accidents whilst driving or at work rise.

The Dangers Of Blue Light

Overexposure to blue light has been reported to cause problems not only with our circadian rhythm but with our eye health from the mildly irritating to the more severe.

With all of the dangers above, you may think that living in a soothing, dim cave may be best for you. While low light is a great idea for relaxing and will help you to sleep at night, our bodies require sunlight and the accompanying blue light to produce vitamin D. Vitamin D allows us to absorb and use calcium, which is crucial for strong bones and teeth.

In countries where daylight is short for much of the year, such as Norway, Russia and some parts of Canada, vitamin D deficiency can be a serious issue, leading to health problems. While drinking fortified milk and juice can help, natural exposure to sunlight is the best prevention. According to the NHS most people can make enough vitamin D from being out in the sun daily for short periods with their forearms, hands or lower legs uncovered and without sunscreen from late March or early April to the end of September, especially from 11am to 3pm.

We also require light exposure to avoid emotional and psychiatric problems. Seasonal affective disorder (SAD) is characterized by depression that comes with winter and it can be crippling. General depression is also more common in areas that have a lot of grey days, such as the rainy Pacific Northwest in the United States.


How To Protect Yourself From Light Damage

The best ways to limit the effects of blue light is to limit your exposure, there are certainly steps you can take, these include:

How To Protect Your Eyes From Blue Light Damage

Some of the steps you can take to protect your eyes are:

Blue light has made headlines in the UK and around the world due to concerns that it could damage vision. Optical retailers Boots and Vision Express were busted by BBC One’s Watchdog programme. Investigators posing as shoppers caught salespeople overstating the dangers and using alarmist talk to con consumers into high-end lenses purported to protect your eyes from blue light. These undercover operations captured six health claims being made, none of which are backed up by evidence. Some claimed that blue light emitted from electronic devices can damage the eyes, while others said their lenses could prevent that damage. Like many sales tactics, this one piggybacks off of real science and frightens people who don’t have the specialized knowledge to separate fact from fiction. The inclusion of half-truths makes it easier to fool a well-educated person whose specialty isn’t optometry or ophthalmology. Understanding the truth about blue light will give you the necessary tools to protect your vision and your pocketbook.

More studies are needed on the long term effect of blue light particularly on children and teenagers who will potentially be exposed for prolonged periods of time over many years. Whilst various studies have proven that blue light does have the potential to cause harm to your vision if you are overexposed, screen time is not harmful enough in itself to pose much of a problem, however it can interfere with your natural sleep pattern. Limiting your exposure and taking appropriate precautions when you are exposed are the best steps you can take to avoid blue light damage to your eyes.