Reports of contact lenses being melted to the eye have been proven to be incorrect. It is also impossible for contact lenses to become “welded” to the cornea (or lens of the eye) as a result of exposure to an arc flash. 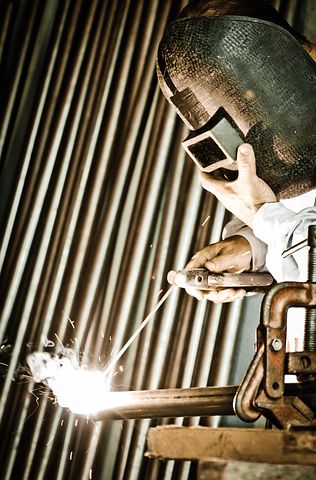 There's an old story that's been circulating on the internet for about 15 years about a girl wearing plastic contact lenses who stared into a barbeque grill for two to three minutes. She began screaming for help, and when examined in an emergency room, doctors found that her plastic contact lenses had melted and fused to her eyes. It was reported that she's now permanently blind. Readers were warned not to wear contact lenses when they're around open flames or extreme heat. But for a few insignificant changes, the story has been circulating since then.

Hair and skin are going to burn long before plastic contact lenses melt. The story defies the laws of physical science, but it remains an urban legend without any evidence to support it.

Maybe the barbecue story crossed over from the welding trade. For almost 50 years, the various welding organizations have received reports of welders claiming to have had contact lenses melting and fusing to their eyes either by heat from arc flashes or microwave radiation. None of these reports have been verified either medically or by any governmental agencies that would certainly want to know about such tragedies. The American Academy of Ophthalmology traced the welding stories back to 1967. It says they couldn't have possibly have happened, but there might be a grain of truth to the original version of events.

The legend might have started with a welder at Bethlehem Steel in Baltimore in 1967. An arc flash hit his hard contact lens. He reported vision problems the next day, and an ophthalmological exam revealed severe ulcerations on his cornea. The eye doctor who examined the welder attributed the ulcerations to the welder wearing hard contact lenses for 17 to 18 hours after being hit by the arc flash. The ulcerations healed in short order, and there was no permanent loss of sight. Investigators found no connection between getting hit with the arc flash and the welder's temporary loss of vision.

Regulatory agencies in worldwide are in agreement that these types of accidents couldn't possibly have happened. The U.S. Food and Drug Administration publishes a fact sheet that was last updated on August 24, 2015. Of the hazards listed in the fact sheet for wearers of contact lenses, welding isn't even mentioned. The American Chemical Society relates that heat produced from a welding arc or spark isn't of sufficient intensity to dry eye fluid. Contact lenses can't intensify that heat either. The Canadian Centre for Occupational Health and Safety concurs. Its last fact sheet was updated on August 4, 2016. It states that reports of contact lenses being melted during welding and exposure to an arc flash are false, and that it's impossible for contact lenses to become "welded" to the cornea.

Contact lenses are sterilized with steam at around 120 degrees Celsius. They don't melt. They're also boiled to clean them. They don't melt from boiling water either. It's clearly an urban legend that welding while wearing contact lenses can cause them to melt and fuse to your eyes.